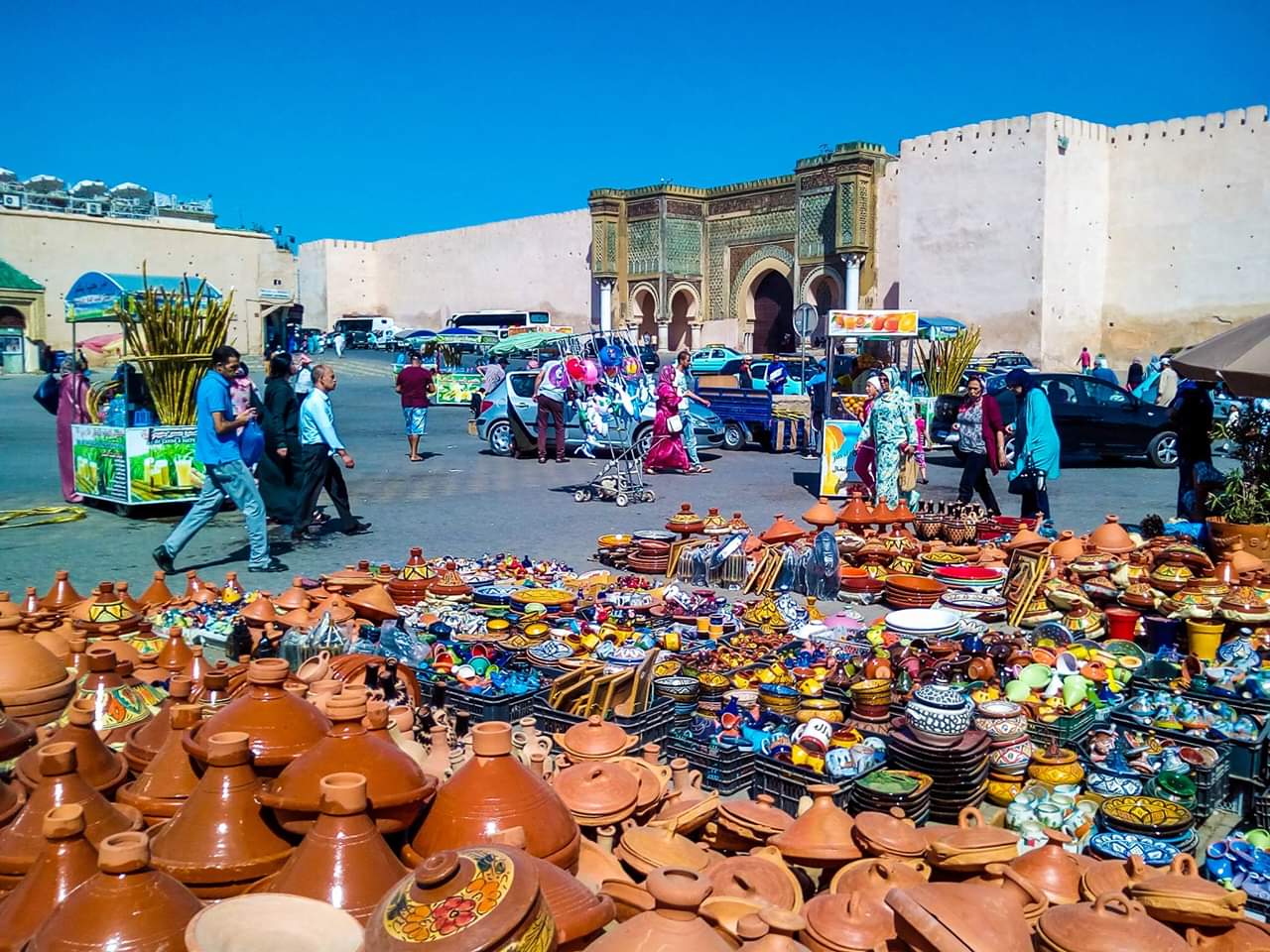 3 Days from Marrakech to Fes through the desert

The drive will pick you up from your hotel or Riad in Marrakech start the road to Dades Valley through Tizi n Tichka  is mountain pass  in morocco , linking the south-east of Marrakesh to the city of Ouarzazate through the High Atlas mountains. It lies above the great Marrakesh plains, and is a gateway to the Sahara Desert. From November through March, snow can often fall on the pass, but it can be warm all year around in the strong sun. The road was constructed along the old caravan trail by the French military in 1936 and is now part of National Route 9.    keeping in touch with traditional High Atlas Berber villages arriving Ouarzazate city. As quiet province with broad streets with altitude of 1160m would find it interesting to visit the Finite Oasis to the south of Ouarzazate which has the beautiful Pise-ksour It also houses the Kasbah of Taourirt which was built in the 18th century and renovated in 1994
You can also visit the Atlas film studios It is a huge studio covering about 30,000m large piece of desert. It is open to public on most of the days and you may even be able to catch a glimpse of filming of some movie.

Movies like Lawrence of Arabia, Star Wars and Gladiator were filmed on the site in whole or in part. It is also a favorite place for movies that require desert scenes.
Not forgetting the most beautiful house called Ksar de Ait-Ben-Haddou, located in the foothills of the High Atlas, in the province of Ouarzazate, the site of Ait-Ben-Haddou is the most famous ksar in the Ounila valley. . The Ksar of Ait-Ben-Haddou is a striking example of the architecture of southern Morocco. Ksar is an essentially collective housing group. Within the walls reinforced by corner towers, the houses come together, some are modest, others resemble small urban castles with their high-angle towers and their upper parts adorned with terracotta brick patterns. Community areas It is an extraordinary set of buildings that offers a complete overview of construction techniques in pre-Saharan lands. The oldest buildings do not seem to be prior to the seventeenth century, although their structure and technique spread very early in the valleys of southern Morocco.
Continue the road to the Dades Gorges through Skoura and the valley of the roses, discovering the magnificent view of the road.
You will spend the night in a traditional Berber kasbah in the Dades gorge.

In the morning, after breakfast, admiring the magnificent view of the Dades gorge, Tisdrin is a Berber word that means staircase. With incredible ratings and breathtaking views, it is not surprising that everyone, from tourists to large manufacturers, has filmed promotional videos along this crazy road.
The famous towers are located between the Boumalne Dades oasis and the Msemrir village, along the chain of dry and desolate mountains of the Atlas. There is a restaurant at the top, which is a good excuse to stop and admire the epic panoramic view of the valley and the Dades River. Start the road to Merzouga. crossing Bomalne Dades to reach Tinghir
Visit the Todra Gorge in the form of a series of limestone rivers located east of the High Atlas Mountains, near the city of Tinghir. Todra and Dades neighboring Rio are responsible for digging these deep cliff-side canyons, to the end of their 40 kilometers (25 miles) of the mountains. The height of the canyon walls may vary, but in some places it can reach 400 meters high. Follow the road to Merzouga, lunch on the way, we cross Tinjdad, Jorf and Erfoud, where we feel the beginning of the sub-Saharan Tafilalet oasis to finally reach the typical city of Merzouga.
Merzouga is a village in the Sahara desert in Morocco, on the edge of Erg Chebbi, a set of sand dunes 50 km long and 5 km wide, up to 350 m. The local population is a mixture of Arabs and Berbers, generally welcoming and friendly.
Merzouga is the most authentic place, where you can drive camels and go to the bottom of the desert to spend a night in a nomadic camp and to enjoy a starry night under a clear and calm sky and enjoy the magical sunset. Night and dinner under Berber tent under. 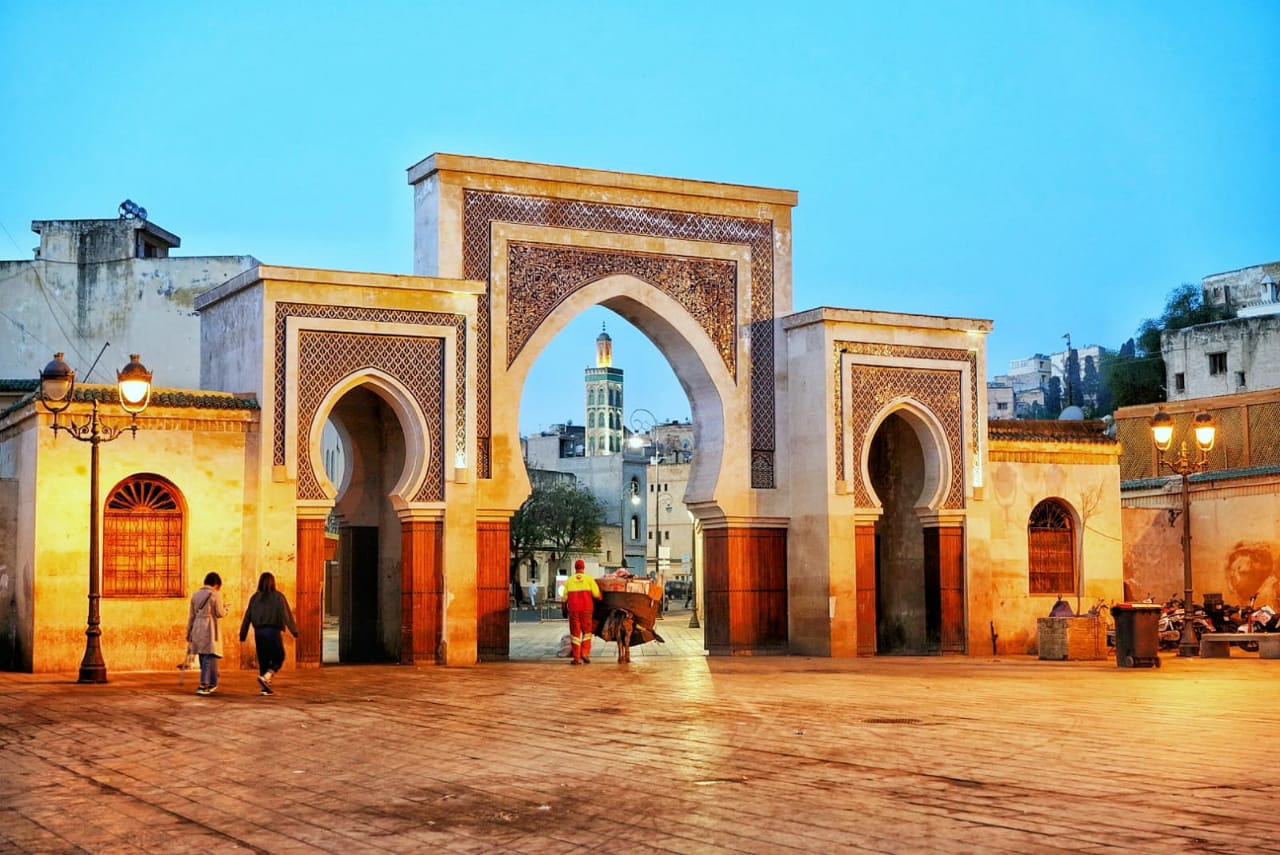 Early in the morning, get up to have the opportunity to climb the sand dunes and watch the sunrise shine around you and then return by camel to the hotel to take a shower and have breakfast.
On the third day, you will cross a different route to Fez and cross many villages such as Rachidia, Midelt and Azro, as well as the magnificent cedar forest with its naughty monkeys, passing through Ifrane before reaching the cultural capital of the country: Fez where your driver He will leave you at your hotel.

3 Days desert tour from Marrakech to Marrakech via desert

5 Days from Casablanca to the Sahara desert

WE ARE LOCATION HERE

Powered by Wetter2.com
Close Menu
Message Us on WhatsApp