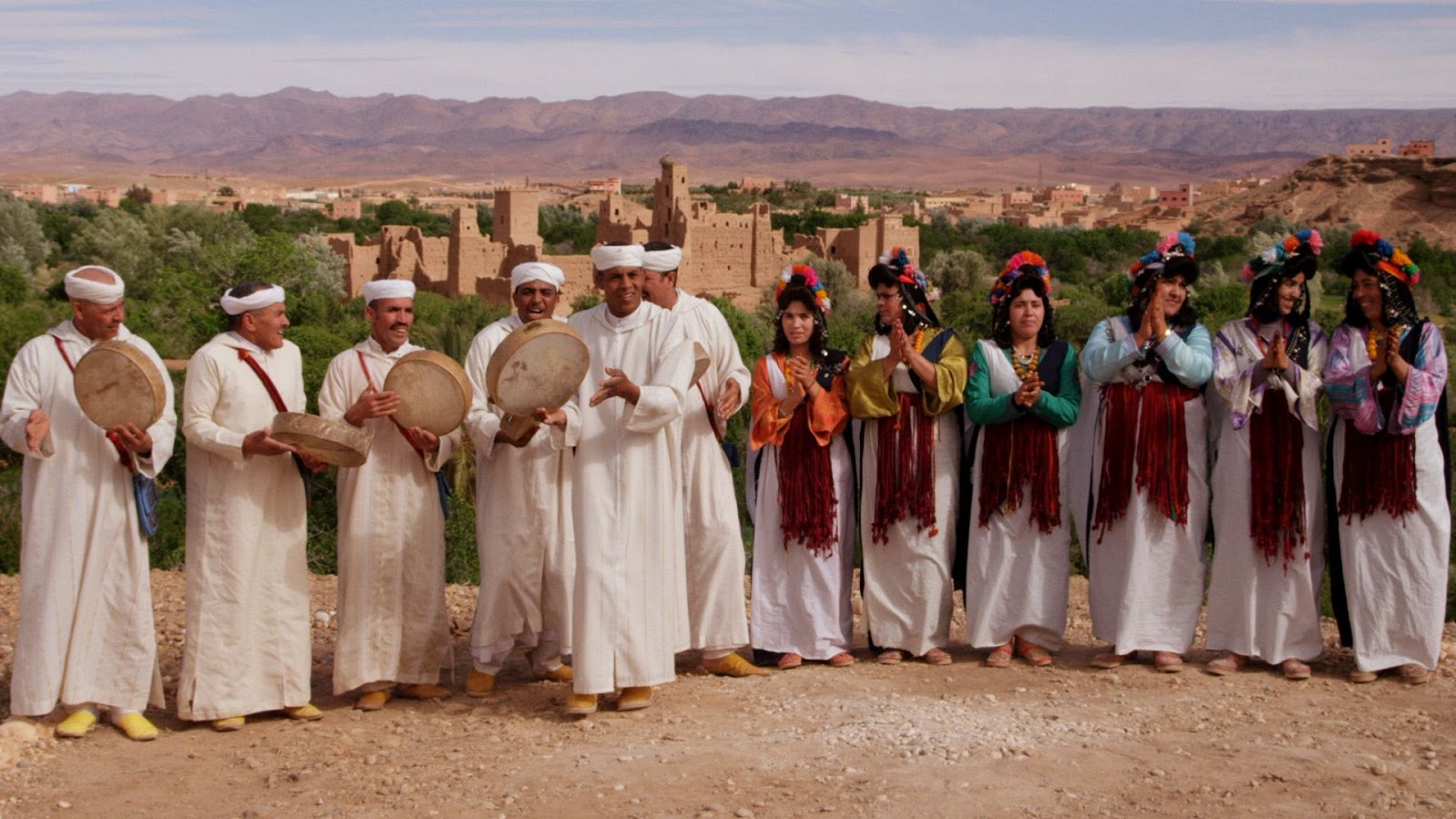 The driver will pick you up from your accommodation in Casablanca and head to Fez. And passing through Volubilis Walili, it is a Roman city, located near the city of Meknes, and commonly considered as the ancient capital of the kingdom of Mauritania, not forgetting to visit the mosque, the mausoleum of Moulay Ismail and bab Moulay Idriss almnsour Dehbi. Late afternoon to Fez.

Day 2: Fes:
Spend all day in Fez, the second city of Morocco after Casablanca. Located northeast of the Atlas Mountains as the capital. Many madrasas, mosques, zawiyas and city gates have been built and have survived to this day. The University of Al Quaraouiyine, founded in 859, is considered the hallmark of Moorish and Moroccan architectural styles. It is also home to the 11th century Chouara tannery, one of the oldest tanneries in the world. Fez Medina is considered one of the largest and best preserved historical cities in the Arab-Muslim world. Visit the tanneries on the back of Oued Fes, despite its strong smell, it is one of the most sumptuous souks in Fez, not to mention Bab Jloud.

After breakfast in the city of Fez, we will drive you to Merzouga through Ifran, the city known as the Switzerland of Morocco. Take a break to experience the view and nature on your way to Azro, stop to see the monkeys and reach Medilt.

In the morning, after breakfast, drive towards the desert called Merzouga through the Ziz Rachidia valley, Rissani had lunch on the road to reach Merzouga with a magnificent view of the golden sand. The camels cross the golden sand dunes and have a magical view on a night of exile in a Berber tent, enjoying dinner under a starry sky.

Wake up in the morning as you climb the sand dunes and admire the sunrise coming back on a camel to shower. Take your breakfast by car en route to Erfoud, Jorf and Tinjdad to reach Tinghir and visit the Todgha Gorge. River limestone canyons, or wadi, in the eastern part of the High Atlas Mountains, discovering the amazing photo of the stone shot. Lunch on the way to the city of Tinghir. After exploring the area, we will continue the path to the valley of the roses, where we will spend the night and have dinner at your hotel in the valley of the roses.

After your breakfast, leave the Valley of the Roses and head to Ouarzazate crossing skoura to go to Ben-Haddou. Most citizens who are attracted to commerce live in more modern houses in a town on the other side of the river. An amazing example of the architecture of Kasar Benhaddou in southern Morocco is to arrive in Ouarzazate, the Hollywood of Africa, where the most famous films were filmed, such as Lawrence of Arabia (1962), The Man Who Would Like to Be. King (1975), The Living Daylights (1987), The Last Temptation of Christ (1988), The Mummy (1999), Gladiator (2000), Kingdom of Heaven (2005), Kundun (1997), Legionnaire (1998), Hanna (2011), The Hills Have Eyes (2006) and Salmon Fishing in Yemen (2011), not forgetting the visit of the oldest Kasbah in Ouarzazate called Kasbah Tourirt.

After breakfast, we continue the road to Marrakech crossing the High Atlas and Tizi n Tichka.

In the morning, after your breakfast, you will spend a whole day discovering the red city of Marrakech, visit the Koutoubia mosque, the Bahia palace, the Saadian tombs, the Menara gardens and surprise you with your stay. in Djemaa el fna. 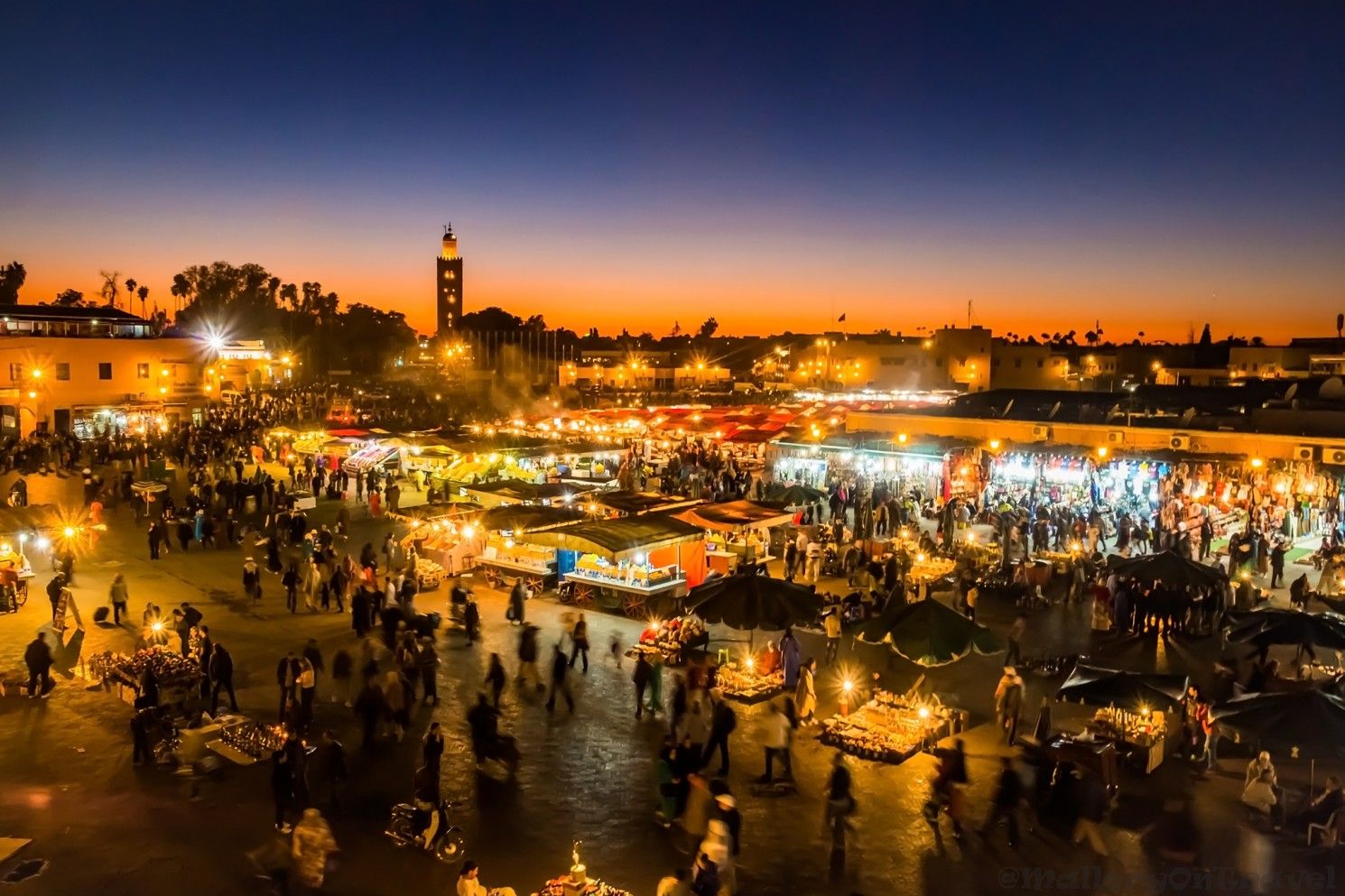 In the morning, after breakfast at your accommodation in Marrakech, we will go to the Ourika Valley with its beautiful waterfalls and many attractions, cool weather and rivers. We will have all day to discover the places.

After breakfast at your accommodation in Marrakech, we will take the route to Casablanca.

Spanish
Message Us on WhatsApp